Authors: Mohamed El-Ghazi, M. Aït Amara
Algeriepatriotique: It has already been some years since you have predicted the decline of the world’s financial system that is based on fiat money. Could you please elaborate and provide our audience with your vision on how a Muslim nation can get out of that fraudulent system?
Sheikh Imran Hosein: Assalaamu ‘alaikum!
I am so happy to be talking tonight with Algeria – Bilad al-Mujahidin.

Afrique Asie : «A In Amenas, la fermeté a prévalu» 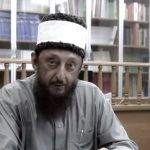 HE SAYS THE THRUE ABOUT OUR GOLD,THE ALGERIAN GOVERNMENT MUST BRING IT BACK FROM WHERE IT IS.LIKE THE DEUTSH GOVERNMENT LAST WEEK,THE END OF THE DOLLAR AS A UNIVERS-MONEY IS NEAREST THAN EVER AND WE HAVE TO YHINK ABOUT A NEW MONEY-SYSTEM FOR OUR COUNTRY AND WHY NOT FOR A NEW AFRICAN MONEY.