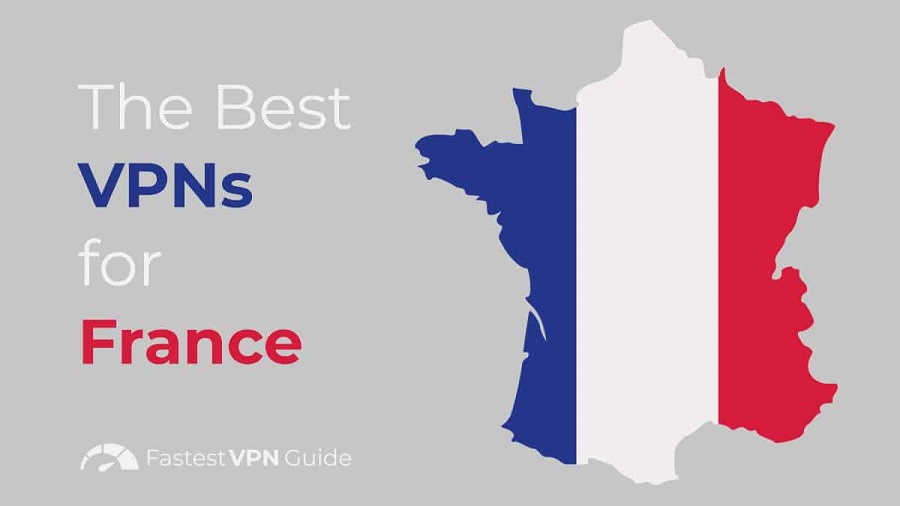 So, you’re going to be spending some time in France. That’s pretty exciting. It’s an amazing country with a lot to offer and experience. While you’re there, there is no doubt that you will be using the internet. It’s an inevitable part of modern life. You want to make sure that you’re prepared to safely use the French internet. It’s not exactly the wild west of the modern web, but things are different there. Your best tool to stay safe and have a great experience is to use a VPN, like the one at https://surfshark.com/fr/learn/vpn-cest-quoi.

There are so many benefits to using a VPN. Some of them are particularly important when you’re in France. Others are so universally useful that you want them everywhere. This list will help you understand the most powerful, necessary and fun benefits of using a VPN

The number one reason to get a VPN is to improve your internet security. This is true if you’re visiting France. It’s also true when you’re at home. The need for good internet security is universal. A VPN helps by providing a secure connection tunnel. That tunnel is incredibly difficult to brute-force attack in real-time. Basically, your VPN makes it a lot harder for anyone to hack your devices to cause trouble.

When you’re abroad, this is extra important. You don’t have as many resources at your disposal to deal with hacks and other malicious behavior. You’d rather be enjoying yourself and getting the most out of your time in France, so using a VPN is a smart move all around.

The number two reason to get a VPN is to improve your privacy, and this varies dramatically in different countries. France mostly follows EU privacy regulations. They’re decent, but they aren’t the best in the world. Basically, the regulations will mitigate some privacy violations, but they won’t fully protect you.

If you want to avoid having all of your internet activity tracked while you’re in France, you have to have a VPN. One of the primary functions of the VPN is to mask your IP address. Instead of connecting directly to web servers, you instead funnel your traffic through a VPN server. This masks your IP, and that makes it pretty much impossible for anyone to track your activity back to you.

It’s important to understand that this protects your physical location and prevents data mining. It doesn’t mask user names or other identifiers you might use while on the internet.

When you’re traveling, you’re a lot more likely to use internet access points and Wi-Fi that is publicly available. Whether it’s hotel Wi-Fi, a connection at a cafe or free service at a train station, all of those connections are substantially less secure than what you would normally get at home.

In order to make the connections accessible, it’s necessary to reduce certain layers of security. You can’t have it both ways, so while you’re using your convenient Wi-Fi abroad, you’re at a much higher risk of running into malicious activity. People can use network spoofing and a ton of other tricks to get access to your device or information.

With your VPN, you add a layer of security that connects all the way to your device. It doesn’t matter if you’re on secure Wi-Fi because the VPN takes care of protecting you.

Social media is heavily curated in all countries. The curating is often done by the media sites themselves instead of any government. They have not been forthcoming as to why they do this, but it’s plain as day that it happens all the time. In fact, you can use your VPN to play with it. Do a YouTube search for a video. Then change your VPN country and see how the results change. This behavior is normal when you cross borders.

If you want to keep in touch with all of your favorite social media while you’re abroad, you’ll need a VPN. Without it, you’ll be at the whims of the unpredictable curation algorithms, and there’s no telling what you’ll see.

By all means, you can connect to a French server while you’re there to get a taste of the authentic experience. But if there are things you really want to keep seeing while you’re traveling, the VPN will help.

It’s frustrating, but France doesn’t have the best track record in the world when it comes to theft. Pickpocketing is more common there than most countries of similar economic disposition. The risk of being robbed or otherwise losing money while shopping is higher than what you might expect.

Unfortunately, this goes for online shopping too. Whether you’re shopping or just banking, there are foreign risks that can steal your information and, ultimately, your money.

Your VPN creates secure connections. It makes it much more difficult for most theft attempts to work. While it can’t protect your physical wallet, securing your virtual wallet is a good way to minimize risk.

When you consider that you have less help available to you while you’re in a foreign country, you want to take a few extra precautions. Getting robbed is always bad. Getting robbed far away from home is even worse.

One of the most fun features with a VPN is creating a faux LAN. This isn’t unique to being in France, but it’s cool everywhere. With a faux LAN, the VPN convinces your computer or device that it’s on a local connection with devices back home.

This can allow you to do a lot of niche things, but it’s most commonly used for playing games. While you’re abroad, you can still connect and play your favorite games just like you’re at home. In order to do it, you’ll want to learn how to use your faux LAN features. It’s really pretty easy, and it makes for a fun experience all around.

How to Pick the Right VPN

Now that you know what a VPN can do for you, you want to pick one that will work well while you’re in France. The keys to finding a great VPN are pretty universal, and none of it is too difficult.

We’re all a little spoiled these days. No one wants slow internet, especially when they’re on the road. One of your top concerns with your VPN should be the speed of the service. Most providers offer trial periods, so you can test them and see if they live up to your expectations. There should be plenty that are lightning-fast and leave you with the internet experience you’ve come to expect. You just have to try them out first to be sure.

If you’re using your VPN to protect your privacy, you’ll want to do your homework on VPN privacy policies. Find one that is fast first. After that, do some digging and see if they truly anonymize and protect your information or not.

All of your internet traffic is going to route through the VPN servers. Some providers use that to gather data on you all by themselves. Many will then sell your data. They’ll even say as much in the terms and conditions. Still, there are VPN providers that take privacy seriously. Know who you’re working with before you commit.

Your next major point of contention is server locations. The VPN works by connecting you to a server. The location of that server determines everything about your experience. It will impact the speed of your connections. It will determine which governments (if any) are restricting your access and privacy. It will dictate how your internet experience is geographically curated.

In general, you want a few things out of your VPN servers. First, you want to have local servers available. When you don’t need special features or access, these servers will be the fastest, and that’s useful. Additionally, you want access to servers in your home country. That allows you to keep up with your usual internet experience.

Lastly, you want servers that route through locations with the best privacy protection. Those countries include Switzerland, Norway and Romania. You can find a full breakdown at bestpvn.org.

A faux LAN is cool, but it’s only one of many features available from your VPN provider. There are tons of features, and if any of them sound good, take advantage! There is one feature that is of paramount importance, and you want to make sure it’s part of your VPN package.

You want automated connection termination (it will have many catchy names, but they all mean the same thing). The feature works by automatically killing your connection if there is any disruption in the VPN tunnel. This will prevent you from accidentally browsing while you’re unprotected. It’s like autonomous braking but for the internet.

You have the knowledge and tools you’ll need to make the most of your internet experience in France. Find your VPN. Use it, and you’ll be just fine. 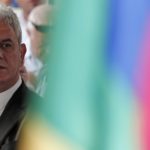