Authors: Mohamed El-Ghazi, M. Aït Amara
Why do you think the Muslim scholars do not provide any effort to understand and explain these issues?

Authors: Mohamed El-Ghazi, M. Aït Amara
Why do you think the Muslim scholars do not provide any effort to understand and explain these issues?
Number one: because the institutions of Islamic learning have become fossilized. Once upon a time Al Azhar University woke up from sleep, rubbed its eyes and looked down the road at something strange. What’s that? Where did it come from? It was Cairo University, and it was designed and established to offer the mother of all challenges to the greatest institution of higher Islamic learning in the entire world of Islam. Cairo University’s modern secular model of scholarship came from Dajjal, and it challenged religious scholarship in a rivalry with enormous consequences for the entire world of Islam.
Al Azhar University could not successfully respond to that challenge from the time Cairo University was established until the fall of King Farouk and the revolution in Egypt and the era Djamal Abdennasser. As a consequence Al Azhar could offer no credible resistance when the secular nationalist Egyptian government took control over it and reduced it to functioning as a rubber-stamp of the government.
Al Azhar University could not respond successfully because it failed to understand the modern thought with which it was challenged. It even lacked the methodology with which to make that study, and hence lacked the capacity to understand the world which has come from modern western civilization.
The reason why I have been blessed by Allah with a little bit of knowledge to understand the world today is because my teacher of blessed memory, Maulana Dr Muhammad Fadlur Rahman Ansari (rahimahullah), recognized that deficiency in Islamic education and he responded to it by establishing an institution of Islamic Studies in Pakistan that corrected that deficiency. I was a student at that Institute and I had to study, for example, the philosophy of history. I had an eminent scholar teaching me the philosophy of history. I had an eminent scientist teaching me the philosophy of science. But more important than this exposure to Modern Thought was the methodology that he gave to me for using the Quran and the hadith to assess what was valid and what was invalid in knowledge which came from western civilization. After I graduated from the Institute I returned to Trinidad and Tobago and applied for a job in the Foreign Ministry. I was interviewed for the job and they said “we would like to have you in the Foreign Ministry but we want you to return to University to study International Relations”. So they gave me a scholarship to do postgraduate studies in international relations. The class was small and was comprised of students who were, as they say in French, “la crème de la crème”. The graduates came from French universities (Sorbonne), from the London School of Economics, from American and Canadian universities, and I was the only one with a Pakistani university degree. They were all looking down on me. It was a one-year course of intensive studies. It was the first time that I was studying international politics, international economics (including international monetary economics, international law, diplomacy etc. I had never studied these subjects before. In my class, there was someone with a master’s degree from the London School of Economics. But at the end of the year I came first in the exams and I even beat in international economics examination the fellow who had a master’s degree from the London School of Economics. How can we explain this success? How can explain that someone with a master’s degree in philosophy from Karachi university and with graduation from an Institute of Islamic Studies, who had never studied all these subjects before, could come first in examinations in a class comprised of graduates of British, American and Canadian universities including several who were already diplomats?
The explanation is that I had an advantage over them. I had the Quran and they did not, and I had the wisdom and example of Nabi Muhammad alayhi salat wa salam, and they did not. I succeeded because my teacher had trained me to be able to use the Quran and use the hadith with a particular methodology to study the world today. We don’t have that in our institutions of Islamic learning.
The second reason why the Islamic scholarship is failing is because the best brains that we have go to the United States, to Germany, to France… The best! They go to MIT, the Massachusetts Institute of Technology. They go to the Sorbonne. And those who can’t get into the best universities abroad will go to the best universities in Algeria. And those who cannot get admission anywhere else will choose to study Islam. This is the pathetic reality.
And finally there is a fact that Islamic scholarship doesn’t give you money. It just gives you a job as an Imam in a Masjid (mosque), that’s all. You get a small salary and you have to maintain your wife and children. You dare not jeopardize your job and so, because of poverty, you have to dance to whatever tune is played. When you recover freedom from poverty and integrity of scholarship you can then stand up and proclaim the truth without regard for consequences. I’m able to do that because, Alhamdu lillah, I earn my livelihood from the sale of my books. It is sufficient for my wife and I to survive. If you can give our scholars of Islam that independence of livelihood, they can then muster the courage and integrity to stand up and proclaim the truth. I have thus given you three reasons for our failure. I pray that from my Algerian students as well as others in Algeria may emerge scholars of tomorrow who will restore respect for Muslims and for Islam in the world. Ameen!
(The end) 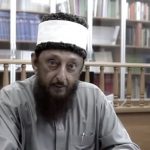 Insha’Allah Allah (SWT) will inspire young Muslims to become like the erudite Muslim scholars of the past and we will be able to see greatness in Islamic scholarship again.

The word is out! People are becoming aware of the shackles of secular education and are mustering the will to break free. Insha Allah Muslims will lead the way.

In the meantime May Allah bless and protect scholars like Imran Hosein who have the knowledge and will to speak out and advise us about the present world order, lead by the Dajjal.