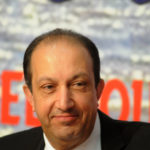 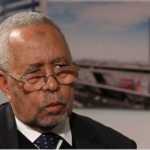 Abu Bakr Al-Baghdadi is Mossad(Simon Elliot). He has been pictured with John McCain during the initial phases of the Syrian Civil War when ISIS was made up of « freedom fighters » fighting Assad.
Inside intelligence communities Mossad goes by the name of Isis (Israel Secret Intelligence Service) Look up the official website.. Coincidence?
Peter.
Everyone with half a brain knows it was a Washington backed coup and take down. They recently put $5 Billion into Ukraine! The majority of folk need to wake the f-up ..quit believing in Santa Claus and Walt Disney fantasies about America / England / The West. google search ‘pictures of Reagan Gorbachev’ –in seconds you will see two very happy men. That is because Reagan extended the hand of friendship and cemented solid relations with Russia in 1987 amid massive publicity with Gorby -many promises and hand-shakes. Happy days, smiling faces, the wall came down, Icbms were dismantled etc. It was described as a new era of friendship, peace and stability. The Bushes and drone man Obomber destroyed that hard won legacy. America went back on its word and expanded NATO eastwards. There is no meaningful threat from Russia, it has become a good nation. Putin is right and a good man now demonized by The West for geopolitical gains. Obama completely fooled me at the start -he’s a professional liar, as is Kerry, Biden, Brennan et al all playing an evil and murderous game, corporate imperialism / geopolitics -rule the world etc… while acting and lying to The People. Obama is a warmonger -a persuasive sweet talking psychopath continuing Bushes and the money powers filthy murderous work taking down the middle east countries and now Ukraine. He needs to be exposed as such and tried for war crimes along with Bush and the rest of the bucket of shit behind the 911 atrocities deliberately perpetrated on America to goad and manipulate Americans into war. Off the scale Evil on an unimaginable level is in power.
Until recently Ukraine was part of Russia. Kiev was actually the capital of Russia 800 years ago! -see Wiki etc….
If you are struggling to see the big picture or believe these truths -you won’t be after you read this -results of the Church Committee Congressional inquiry after Watergate.

1956-1957: JORDAN. Average of $750,000 annually in personal payments to King Hussein. According to United States government, payments ceased when disclosed in 1976.

1964: CONGO. Financial and military assistance, including B-26 and T-28 aircraft, and American and exiled Cuban pilots, for Joseph Mobutu and Cyril Adoula, and later for Moise Tshombe in Katanga, to defeat rebel forces loyal to Lumumba. Successful.

1979-1980: JAMAICA. Financial pressure to destabilize government of Michael Manley, and campaign propaganda and demonstrations to defeat it in elections. Successful.

1975: ANGOLA. Military assistance to forces of Holden Roberto and Jonas Savimbi to defeat forces of Popular Movement for the Liberation of Angola (MPLA) during Angolan civil war, and prevent MPLA from forming new government. Unsuccessful.
General Wesley Clarke (4-star) once head of NATO forces (Supreme Allied Commander Europe of NATO from 1997 to 2000) was told back in Gulf War One days -that ‘they had about 12 years to clean out the soviet client countries’ -he says it kinda went over his head at the time as he was in ‘being a soldier frame of mind’. Now he is telling us how things really are. Wake up folks ..The truth about 911 -who done it and why +why the planet is turning into a madhouse run by Zionists and money powers. NATO is one enormous fraud -it is an extension army of the money powers

Retired 4-star General Wesley Clark says he was told 2 weeks after 9/11 « They planned to take down 7 countries in 5 years;
Iraq
Syria
Lebanon
Libya
Somalia
Sudan
Iran
”We’ve got about five years to clean up the Soviet client regimes »

CIVIL WAR ALERT Get schooled up -only way to win. Besides Mr Obama is waiting at the gates of hell with a welcome party

youtube; Wake Up Call 2013: Obama DHS Prepares For Civil War
says…Senators John Mccain and others are pushing for a bill that will turn the whole of America into an army battlefield zone, quote « The homeland is part of the battlefield and people can be held whether an American citizen or not »

Says ..DHS -purchased 2,700 mrap vehicles and over 1.6 BILLION rounds of hollow point ammo banned under Geneva Convention in warfare (but good enough for Americans) +7,000 fully automatic assault rifles and unknown quantities of drones. Perspective; approx 70 million rounds of ammo a year used in Afghanistan / Iraq.
Wake up and smell that cordite
When it comes down to it the phonies will order the mowing down of Christians and any civilians who disobey