Authors: Mohamed El-Ghazi, M. Aït Amara
Algeriepatriotique: After the “Arab spring”, Algeria is confronted to three unrest areas at its frontiers (Tunisia, Libya and Mali). Is it a pure coincidence or do you think that Algeria is an imminent target for the Zionists? 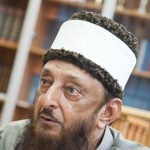