Authors: Mohamed El-Ghazi, M. Aït Amara
In your lectures, you focus on predictions contained in the Qur’an in many aspects of life on Earth. Could you give us some examples?
I have used the methodology which was taught by Allah soubhanahou taala at the beginning of the Quran. 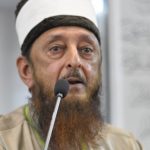