Authors: Mohamed El-Ghazi, M. Aït Amara
We hope that you’ll honor us by a visit here in Algeria which we shall be delighted to organize… 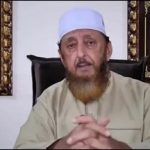 I just want to say that it would be great to see this eminent Islamic scholar giving some of his « escatoligic lectures” here in Algeria, he don’t have to be worry about his French, I’m sure that we’ll find some English to Arabic or English to French translators here in Algiers, to do a “live translation” of his lecture”!

Anyway, I’m watching at Imran hussein’s video since a long time now,(2 years actually) and I must admit that what he predicted in this interview organised by M.Amara is kind of horrible but unfortunately probable!

If I’m pretty confident that a big war is going to start in the middle east for control of natural resources throughout the world (oil especially) I’m just wondering how Algeria will face the power of NATO AMERICA ETC…IF THEY (as a French geopolitical expert said in a previous interview published here on « Algerie Patriotique ») decide to invade Algeria for some reasons, or if Algeria’s military power for some over reasons, decide to send troops in middle east (as Houari BOUMEDIENE did during the Egypt/Israel war in the 70s, war in which the former Algerian president Liamine Zeroual had participate in…)

I mean do we have enough power to face a new “holy league” like the one of Lépante Battle in 1571? I really hope that Algeria’s army has enough power and weapons to protect Algeria and Algerians in a near future!

Concerning the role of turkey in a near future:
If turkey really invade Syria in a near future, making Turkish “Israeli allies” in this war, it would be such a shame for them, I mean Mehmet 2 (He conquered Constantinople in 1453 with 500 000 soldiers) would “die” another time, you understand me I’m sure!

I would like to add that by the time where we are, we all (Algerians and maghrebi citizens in general) have to be really careful about what is happening near algeria’s border especially the Mali-Algeria border. Algerian Special Forces have to be ready for any situation and face any terrorists menace like at In AMENAS! Do never forget that M. Sarkozy IS SURE THAT IN THE TIME WHERE WE ARE he and his friends need what they called a “policy of CIVILISATION”-31/12/2007- look what are the consequences of his policy for libyans nowadays!

May god protect the million and a half “shahid” country, may he bless the “bilad moujahidin”as Dr. Hussein call them.
Algeria’s enemies have to be sure that if anyone try to conquer a single centimeter of this holy land, people like me:Benzaim BOUKAHIL, are prepared to sacrifice their life and blood to protect this country which is unfortuanetly lead by someone who should not be sit where he is sit right now, the MOURADIA PALACE.